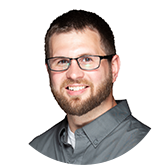 Justin joined the Serenus Johnson team in 2008, where he began as a journeyman carpenter. In 2017, he became a project foreman and in 2019, he joined the office as a project manager. He is responsible for maintaining multiple projects at once and focuses on schematic design for proposed Design / Build projects and floor plan conception to elevations.